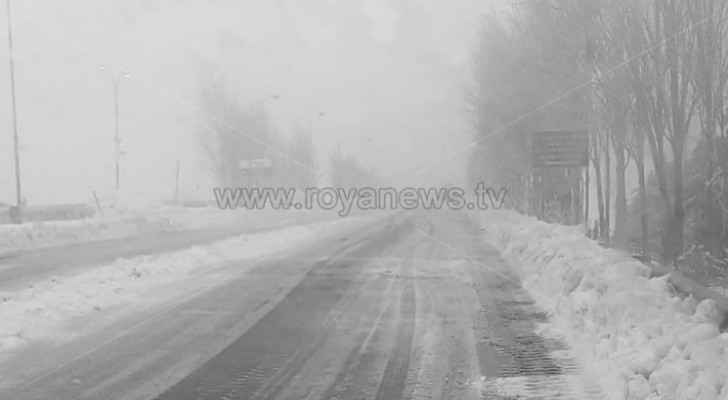 Areas of Al Qadesiyyah, Bsaira, Al Rashadiyyah and Gharandal in Tafilah are witnessing heavy snowfall and the roads in those areas are completely closed due to snow accumulation, according to a statement issued by the Central Traffic Department (CTD).

The statement indicated that all sub roads in those areas are also closed due to fog and snow.

Al Ain al Baida'a area of Tafilah is also witnessing snowfall, however, the roads in this area are partially open with extreme caution.

For their part, the authorities work on clearing snow from the roads to restore traffic movement.

The statement added that Al Qasabeh area of Rafilah is witnessing rainfall, with some hail showers at times.

The impact of the extreme weather is expected to last until tomorrow morning.

Heavy snow started falling in the early morning hours of the day in Ajloun governorate and in southern regions of Tafilah and Karak.