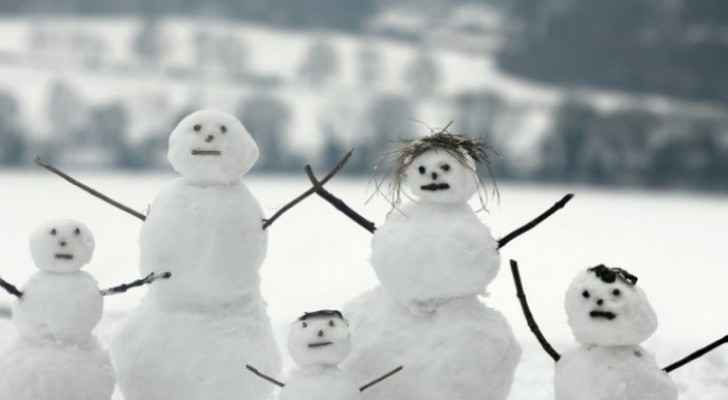 As heavy snowfalls hit Moscow, experts predict a 'snow apocalypse' in the Russian capital, according to the AFP Friday. Despite that most locals are happy and enjoying the real winter atmosphere.

A snowstorm hit Europe Tuesday, covering the continent in white. The snowstorm was described as "the harshest snowstorm in years," according to AFP.

Drivers were stranded for hours in their vehicles in Germany and vaccination centers closed in Britain Tuesday as Europe was covered in layers of white icy snow.

In Germany, dozens of car and truck drivers were stranded overnight in the west of the country due to bad weather. A number of trucks capsized, blocking the highway in both directions.

Videos showed drivers shivering in their cars complaining of hours without food as the temperature dropped to minus 12 degrees Celsius.

The Minister of Transport Andreas Schoeer called on residents of northern and central Germany to refrain from driving, at least until Wednesday. The 48-hour snowfall and storm wreaked havoc, causing train trips to be delayed and canceled, according to the Deutsche Bahn railway company.

The bad weather resulted in the death of at least one person in Germany. A 69-year-old man was found dead Tuesday near his tractor in the Saxony-Anhalt region. The local police stated that he died due to the cold.

Snow fell in abundance in other European countries, from Belgium, through Denmark, to other countries in Central Europe.

Notably, the snow situation is especially difficult in most parts of the United Kingdom, from southern England to Scotland in the north, and parts of Northern Ireland.

These areas were put on alert Tuesday due to the snowfall expected to disrupt travel by land or on trains, according to the British Weather Service, which also warned of the formation of ice.

In London, it has been snowing continuously since Tuesday morning and parks have been covered in a thin white coat of snow as children enjoyed skiing.