Arabia Weather: More rain, snow on their way to Jordan

Arabia Weather: More rain, snow on their way to Jordan 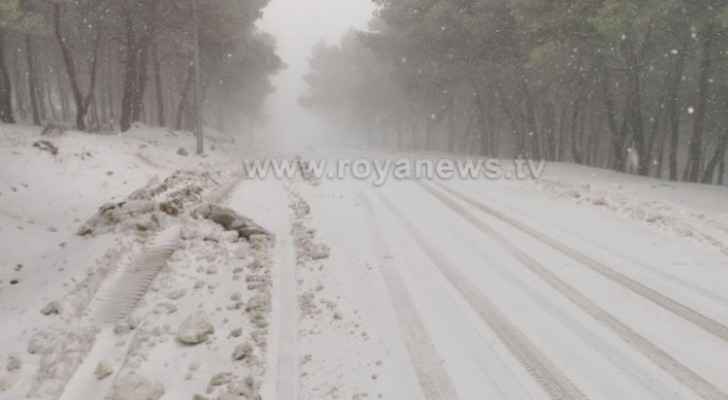 Weather forecaster at Arabia Weather, Ayman Sawalha said that more rain and snow are coming to the Kingdom in the next few hours.

Sawalha confirmed that the unstable weather conditions will last until tomorrow morning.

Rain mixed with snow is expected over the northern and central areas that exceed 1000 meters above sea level.

However, heavy snowfall is in the forecast over the southern high areas of the Kingdom.

He has warned of the risk of slippery roads, low visibility due to fog and frost formation, especially in Tafilah governorate, where temperatures may reach zero.