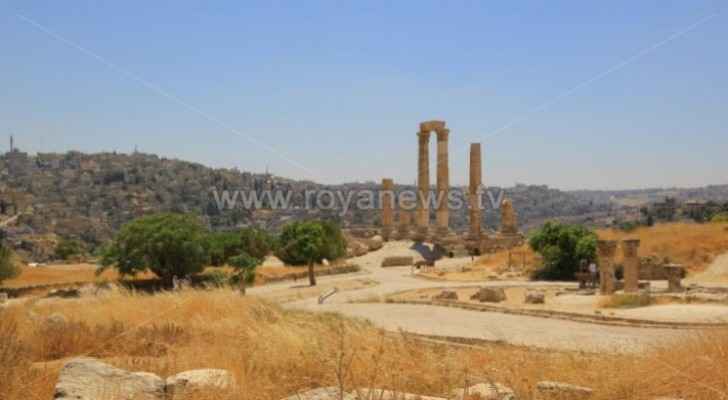 A slight rise in temperatures is expected today, where temperatures will be a little bit higher than their average during this time of the year, according to Arabia Weather.

Normal summer conditions are predicted in most areas of the Kingdom, while the weather will be hot in the Jordan Valley, Dead Sea and the City of Aqaba.

Northernwesterly moderate speed winds are in the forecast today.

However, at night, the weather will be pleasant, with northern moderate speed winds.

For tomorrow, a further rise in temperatures is predicted, as they will be 2-4 degrees above their annual average.

The weather will be relatively hot in most areas, and remarkably hot in the Jordan Valley, the Dead Sea, Aqaba, and desert areas.

In the morning, northeasterly moderate speed winds are predicted in the south and east of the Kingdom, turning to northwesterly winds in the afternoon.

Jordanians are urged not to spend a lot of time under the sun, especially in the noon and afternoon, particularly between 11 am and 5 pm.

At night, temperatures will be high compared to the previous couple of days, where the weather will be somehow hot an dry.