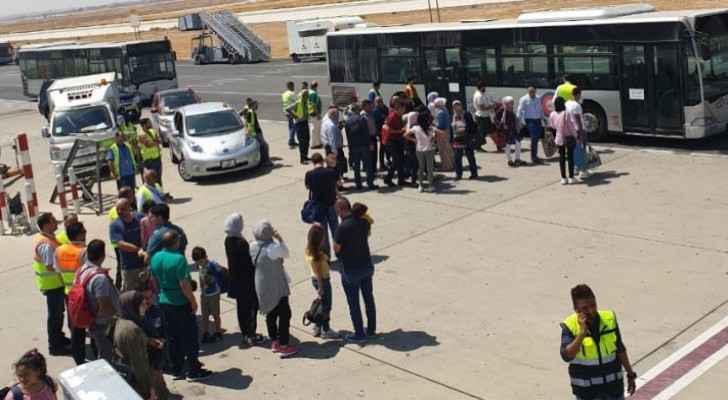 Roya received footage that shows the moment when passengers arrived in Queen Alia International Airport after a plane of a local airline landed following a technical glitch.

The video shows passengers panicking as the plane crashed into the Ariport runway half an hour after its departure from the Airport.

The plane is of a local airline that Roya refused to mention its name for investigative purposes.
After the plane suffered the glitch, it stayed in mid-air until 2 pm, passengers explained.

However, a local airline admitted that the plane suffered a technical glitch and was forced to take off back to the Airport runway.

Deputy Director-General of the airline said that the pilot of the plane had to fly back to the Airport for maintenance required in accordance with regulations and standards.

"The plane had to fly off back to the Airport so that the glitch can be fixed," he stated, denying what passengers said about emptying the plane of fuel and its crash into the ground.

Also read: Plane suffers technical glitch half an hour after its departure from Queen Alia Airport

Plane suffers technical glitch half an hour after its ....

Plane suffers technical glitch half an ....