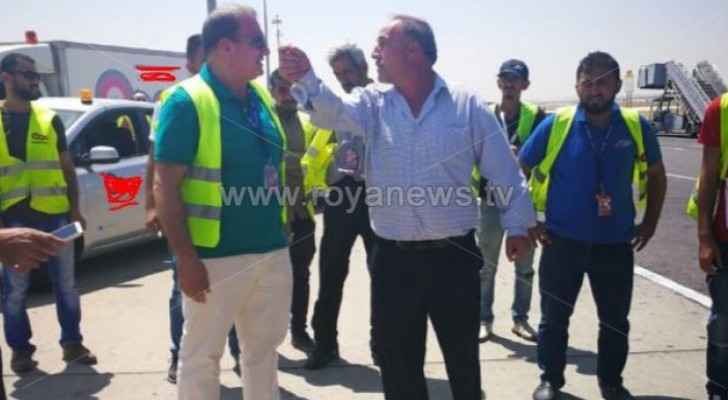 A local airline admitted that one of its planes, that was heading to Turkey today, suffered a technical glitch in mid-air and was forced to take off back to Queen Alia International Airport runway.

Deputy Director-General of the airline said that the pilot of the plane had to fly back to the Airport for maintenance required in accordance with regulations and standards.

"The plane had to fly off back to the Airport so that the glitch can be fixed," he stated, denying what passengers said about emptying the plane of fuel and its crash into the ground.

He pointed out that the glitch has been fixed and the plane will take off again after about an hour, although passengers refused to fly by the same plane again, adding that passengers asked to fly by a new plane.

He stressed that the passengers were paid attention and were provided with lunch.