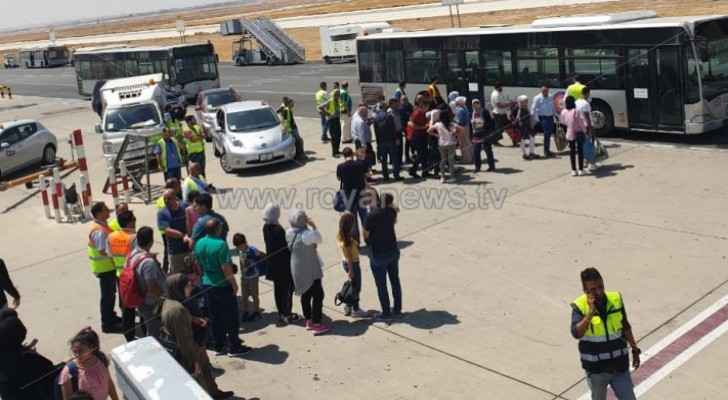 A plane heading to Turkey has suffered a technical glitch half an hour after its departure from Queen Alia International Airport on Monday, August 5, 2019, passengers exclusively told Roya.

They said that the plane was emptied of fuel in mid-air and had to take off back to the Airport, after which it crashed into the Airport runway.

The pilot told passengers that the plane will be emptied of fuel so that it can land safely.

The plane is of a local airline that Roya refused to mention its name for investigative purposes.

After the plane suffered the glitch, it stayed in mid-air until 2 pm, passengers explained.

Passengers also said they panicked and felt the tires shattering upon the crash. They were also forced to leave the plane and were all taken to the Airport.

Some passengers said they refused to travel by the same plane again following the glitch.