Dozens protest against Bahrain workshop, 'Deal of the Century' in Irbid camp 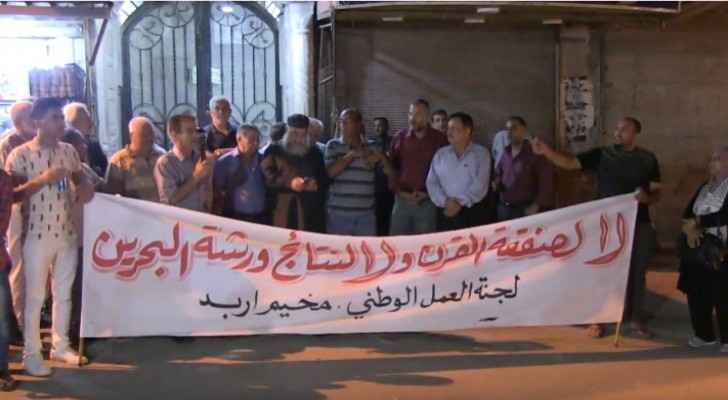 Popular and youth movements have organized a protest in front of the Al-Jalil club in Irbid camp, during which they expressed their rejection of the "Deal of the Century" and Bahrain workshop, which is held in preparation for the Deal.

Participants in the protest described the Bahrain workshop as "treachery" and raised banners bearing slogans emphasizing the need to address the "suspicious" Deal using the various means available.

They stressed the need for joint efforts to prevent the Deal from being passed.

Also read: Tens stage protest against 'Deal of the Century' in Ma'an