Senior Adviser to the US, President Jared Kushner 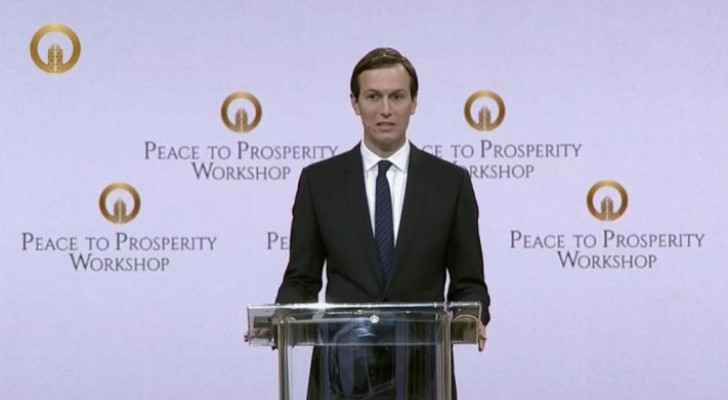 The White House has officially published the details of the economic aspects of the US peace plan, known as the "Deal of the Century", that were presented by Senior Adviser to the US, President Jared Kushner during the Bahrain workshop that kicked off on Tuesday, June 25, 2019.

The draft of the projects published by the White House through its official website showed a number of private projects to be implemented in Jordan, which were included in Kouchner's economic plan for the peace process in the region, entitled "Peace for Prosperity".

The documents stated that the donor countries and investors are expected to contribute about $ 50 billion, where $ 7.5 billion of which will be given to Jordan.

According to the draft, the projects earmarked for Jordan will be implemented in three phases as "concessional financing" with a total value of $ 7,365,000,000 as follows:

Following are the projects to be implemented in Jordan with a description of each:

Also read: Details of economic projects to be discussed at Bahrain workshop