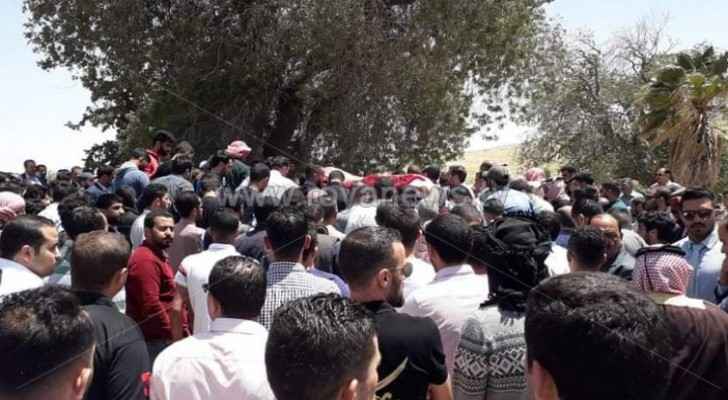 Tens of Jordanian citizens have participated in the funeral of Qusai Adwan, who was shot to death in Shafa Badran, and Zaid Adwan, who suffocated to death during riots following the murder, which occurred on Monday, May 6, 2019.

The funeral prayer (Janazeh) was held at one of the mosques in Shafa Badran, and the bodies were buried in Yajouz tomb.

Funeral held for 13 Hamas commanders in ....