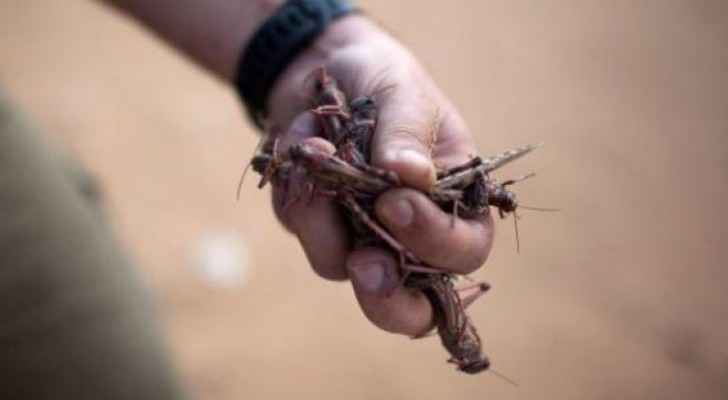 The Ministry of Agriculture affirmed that other swarms of locusts have entered the Kingdom through the southern borders, specifically through Jafr region in Ma'an governorate.

Spokesman for the Jordanian Ministry of Agriculture, Lawrence al-Majali said in a statement to Roya on Monday, May 6, 2019, that the operations rooms of the various concerned bodies in the south of the Kingdom are still ready to spot the entry of the swarms and their locations.

Majali pointed out that the expected weather conditions in the upcoming couple days, which will bring cold winds would prevent locusts from approaching Jordan.

Regarding the elimination of the locusts swarm that entered Tafilah governorate earlier on Monday, Majali said, "the reconnaissance teams traced the second locusts swarm from Husseiniyah to Dana area."

At the dawn of Monday, the locusts have been eliminated in cooperation with the responsible bodies, most notably the Royal Air Force.