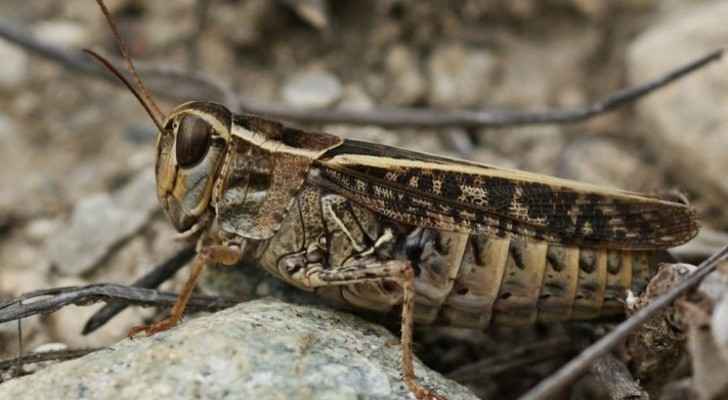 The Jordanian Minister of Agriculture and Environment Ibrahim al-Shahahdeh announced on Sunday, May 5, 2019, that the Ministry of Agriculture was able to eliminate the first locusts swarm that has entered the Kingdom near Manoukh area, located 30 kilometers east of southern Jafr region.

Shahahdeh said in a press statement that the change in the wind direction to the south and its intensity helped the locusts to enter the area of Manoukh.

Shahahdeh added that the Ministry was able to identify the location of the swarm by the reconnaissance and the desert locust control teams, who have launched the spraying operations to eliminate the locust swarm in an area of nine square kilometers.

The reconnaissance teams also reported the entry of a new large locusts swarm, which location will be determined tomorrow morning in order to eliminate it in cooperation with the Royal Air Force and the control cadres.

The combat teams are fully ready to control the desert locusts in cooperation with the Royal Badia Forces, the Royal Air Force, and the southern region military command, Shahahdeh affirmed, adding that the Ministry of Agriculture decided to raise the state of the level of emergency to deal with the locust swarms.

The unit of the Operations Room in Jafr, which works in cooperation with the Ministry of Agriculture, along with all the coordination and control partners, is headed by minister Shahahdeh.

Ministry of Agriculture: Locust swarms are 50-100 km away from Jordan