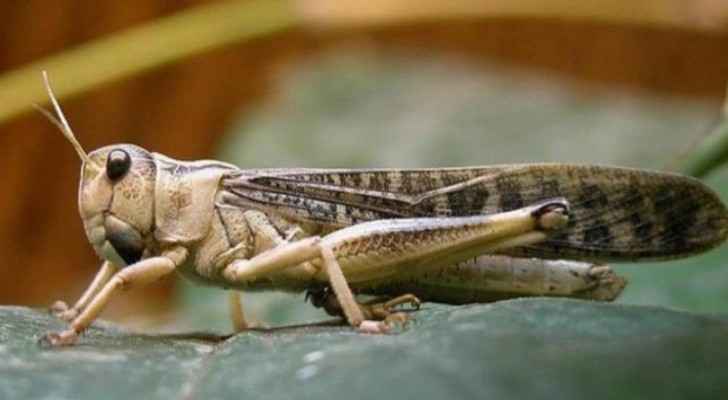 The expected weather conditions, which will cause a significant drop in temperatures for tonight and for the upcoming couple of days may contribute in controlling locust swarms that have begun to enter a number of areas of the Kingdom.

Northern-westerly winds are also expected as of Monday night, May 6, 2019, which may also contribute to preventing more locust swarms from entering the Kingdom.

However, the Jordanian Ministry of Agriculture was able to completely combat the second locusts swarm, which was spotted in Tafilah governorate, particularly in the areas of Dana, Abur, Al-Hassan station and al-Barra and which have entered the Kingdom through Jafr and Husseiniya.

The Ministry said in a press statement on Monday that the control measures began at dawn on Monday, and lasted until 7 am.

The statement added that the cadres of the Ministry were able to combat 95% of the swarm, which was located in an area of more than 10 kilometers.

Ten teams equipped with pesticides and spraying machines from the Ministry and a Royal Air Force aircraft took a role in the spraying and control operations.

In its statement, the Ministry commended the farmers' and the residents' great awareness in committing to all the instructions issued by the Ministry.