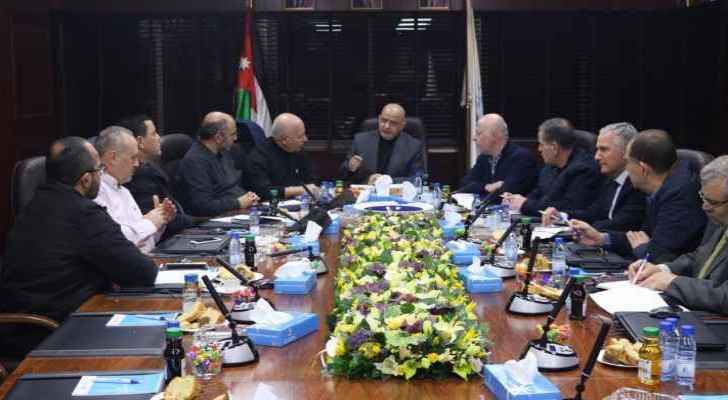 The Board of Directors of the Amman Chamber of Commerce concluded an emergency meeting on Friday to study the repercussions of the recent flooding in some of the main streets in Amman, which damaged hundreds of shops in more than one area in the capital, especially in Downtown, causing serious damage and losses in shops, property and vehicles.

The Board called on the government to quickly compensate the traders and citizens affected, and for the formation of a specialized committee to find out the reality of what has happened, where the lack of readiness was apparent resulting in floods and water pools.

The Board decided to establish a "risk fund" to compensate victims of disasters and emergency, allocating half a million Jordanian dinars from the funds of the Chamber.

The Board discussed with the Legal Counsel of the Chamber the steps which must be taken to ensure that the rights of those affected are preserved, and that the damage is verified for the purposes of approval by the Income and Sales Tax Department.

In this regard, the Board decided to invite members of the Chamber of Traders who are affected by the floods in all areas of the capital, and called for the urgent need to submit applications of proof to their cases to the judge, promising that all expenses will be covered by the Chamber.

The Board will hold a meeting on Saturday with heads of unions, associations and representatives of the commercial sectors in the presence of owners of damaged shops in different parts of the capital Amman, to discuss the latest developments on this subject and how to deal with the departments and official and civil authorities.

The Board also decided to form an independent fact-finding committee of experts and traders of the region, trade unionists and specialists in the affected areas within the capital to provide a detailed report to the Board of Directors of the Chamber to find out what happened and how to avoid such incidents in the future.

It also decided to form a standing committee of members of the Board of Directors and personalities from the general assembly as well as experts whose task is to improve the services in Downtown, as well as to modernize public facilities and provide what it needs to make it a tourist and commercial attraction at the expense of the chamber.

The Board also decided a permanent meeting to follow up on the crisis and to follow up on any developments related to this subject. It stressed that the Chamber will not abandon its duties to protect its members and preserve their rights.