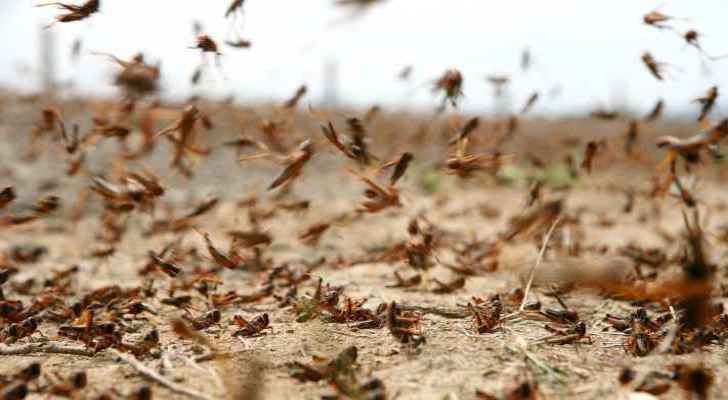 Agriculture Minister Ibrahim al-Shahaheda said there is no impact on Jordanian lands from the spread of the locust, which according to the Ministry's report is about 500 kilometers from Saudi Arabia’s Tabuk region.

This came during a meeting held at the Ministry with the presence of the directors of agriculture, and representatives of the security services (the army, the gendarmerie, public security and customs), as well as the Food and Agriculture Organization of the United Nations (FAO), due to recent information that Jordan is targeted by the scourge of locust infestation.

The Minister pointed out that he had held a meeting with 16 countries yesterday during which coordination and communication and formation of field teams, as well as exploratory teams, was made in cooperation with the security services which have expressed their readiness and shall provide equipment and cadres.

For its part, a member of the United Nations "FAO" said that the spread of locusts in Saudi Arabia and Sudan and some other countries suggest that Jordan is exposed to this threat, but the pre-emptive preventive preparedness of Jordan will stop the spread to its territories.

Minister of Agriculture stressed the preparedness of the Ministry through providing branches of its directorates with 120 trained staff with field and exploratory teams, in addition to equipment and mechanisms allocated to work on spraying insecticides within an area of 1000 kilometers per day.