Dozens protest against film by Israeli-occupation in Amman

Part of the protest. 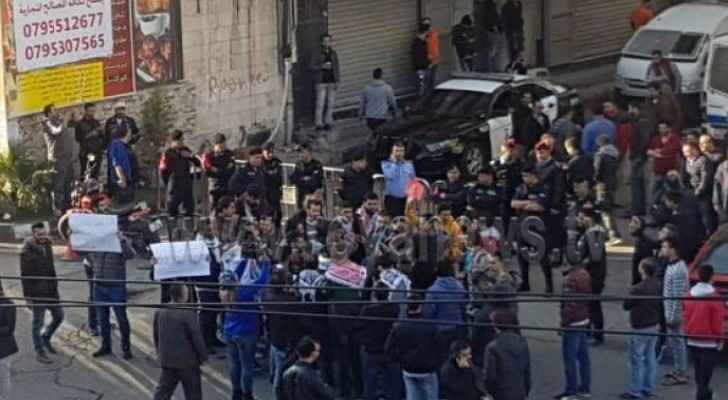 Dozens of young men and women protested against the Israeli-occupation filming a movie in the streets of the capital.

The protestors, who gathered on Saturday afternoon, November 17, 2018 in Amman, called for terminating the filming of the movie which is entitled “Old Story".

A production company filmed several parts of the capital Amman and some parts of Jordan to be portrayed in the movie as "Tel Aviv".

In a letter addressed to the Royal Film Commission of Jordan (RFC), protestors criticized the filming and questioned the lack of censorship on its contents and theme.

A Facebook page dedicated to boycotting the occupation and the protest against the film stated: "The following shows what we published yesterday about the shooting a film that portrays Amman as Tel Aviv. The movie is now being filmed in Rainbow Street in downtown Amman. The video shows cars whose plate-numbers were replaced by that of the Israeli occupation.