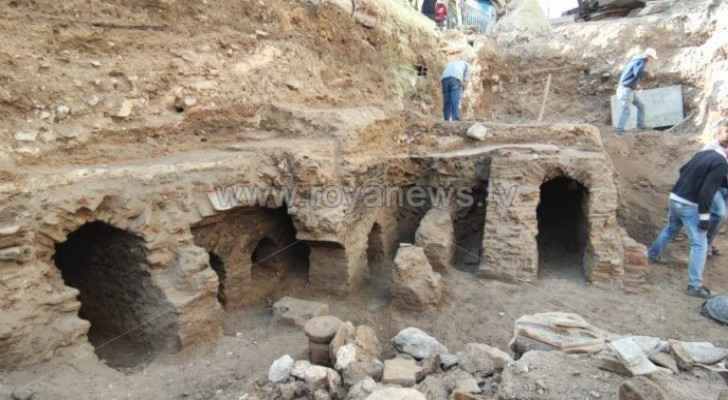 Thursday, the Greater Amman Municipality (GAM) in cooperation with the Ministry of Tourism and Antiquities announced the suspension of work on the water pumping system project in Downtown Amman after long-lost Roman era archeological remains were discovered in the area.

The GAM’s project aimed to control the frequent water floods which have caused damage to shops and architectural sites in the city center.

Additionally, a joint technical committee between the GAM and the Ministry of Tourism and Antiquities will be formed in order to conduct a comprehensive study on the site, taking into consideration the needs of the necessary infrastructure to fortify the archaeological site as well as protect the economic zone and shops from frequent floods.

The committee will focus on conducting studies on how to deal with any future archaeological discoveries at the site that may result from infrastructure work, in accordance with international practices adopted in terms of documenting these discoveries.

The archaeological discoveries of pottery and marble sculptures have been documented by the staff of the General Antiquities Department, and transferred to safe and specialized warehouses.

Dec. 11, the Director of the Department of Antiquities, Yazid Alayyan visited Downtown Amman, where long-lost Roman era archeological remains were discovered amid GAM’s excavations to install a water drainage system.

Among the remains found were second-century tiled Roman baths with heated cellars, and a crematorium.

No new measures to be taken following increase in COVID-19 ....

No new measures to be taken following ....

For how long will snow keep falling on Wednesday? Arabia ....