Obtaining a taxi license has a market price of a minimum JD 40,000. (Roya) 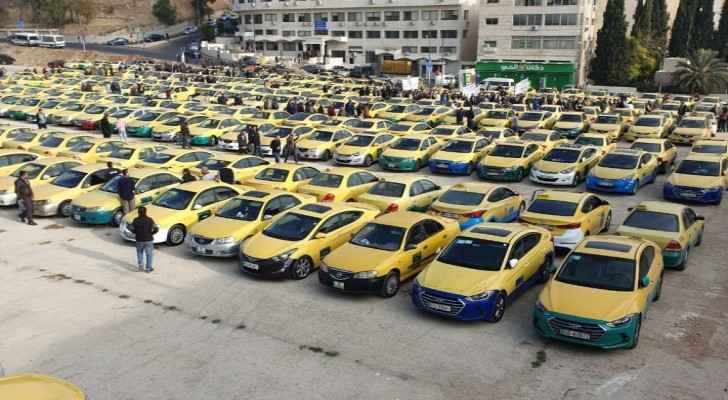 Jordanian taxi drivers have renewed their protests against ride-hailing firms in the Kingdom.

Dozens of yellow cab drivers parked their vehicles nearby the House of Representatives and stepped out with placards to voice their disagreement of Careem and other ride-hailing apps operating in Amman.

The ban on Careem was lifted in June 2018, becoming the first such app to be formally approved by Jordan’s Land Transport Regulatory Commission (LTRC).

Taxi drivers oppose Careem and Co. because they claim that they have driven away business from them, and left them with little money to pay for the ever rising fuel prices and car-licensing costs.

Obtaining a taxi license has a market price of a minimum JD 40,000. Additionally, a large proportion of taxi drivers rent the cars they drive, adding to their financial burden.

The fluctuation of fuel prices does not automatically reflect on the tariff they charge, therefore making their income unpredictable.