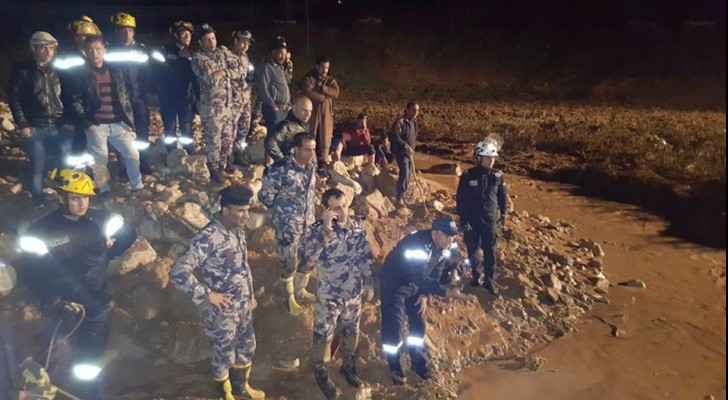 Authorities evacuated thousands of Jordanian and Arab families living near valleys and floodways, in order to protect them from the consequences of the prevailing weather situation in a number of areas of the Kingdom.

According to the National Center For Security And Crisis Management decision, the affected families were housed in nearby schools and a number of public buildings and mosques, stated Jumana Ghunaimat, Minister of State for Information Affairs, Government Spokesperson.

She added that the Zaatari Refugee Camp administration have coordinated with the Mafraq Governor to take full precautions to protect the camp residents.