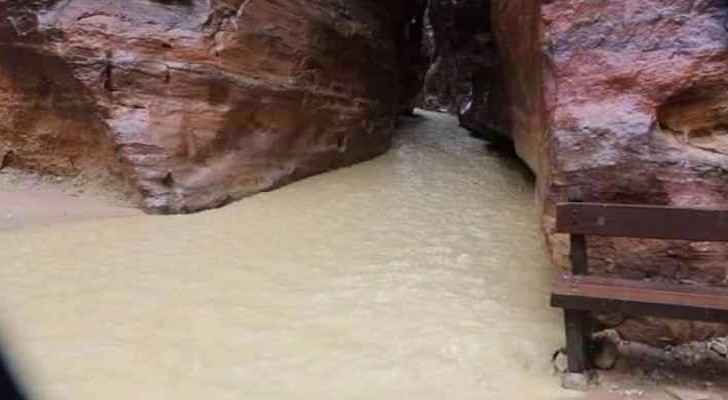 Ma'an Governor, Ahmad Al Amoush, said that 4,072 people have been evacuated from several areas of the governorate, including tourists from Petra, who were trapped by flood waters on Friday and Saturday. They were secured in safe locations and provided with all necessary services.

Amoush said that the last evacuation operation ended at dawn on Saturday in the Jafr desert, where 25 people were evacuated and transferred by the civil defense, public works vehicles, armed forces and security services, adding that they were provided with the necessary services.

He added that work is under way in Al-Jafr to change the route of the floodwaters and diverting them from residential areas by means of heavy machinery and vehicles.

He pointed out that the physical damage to the streets, water pipes and infrastructure in Jafr, adding that the efforts are currently focused on dealing with the consequences of weather conditions in the Jafr because of unprecedented quantities of water that raided the area.