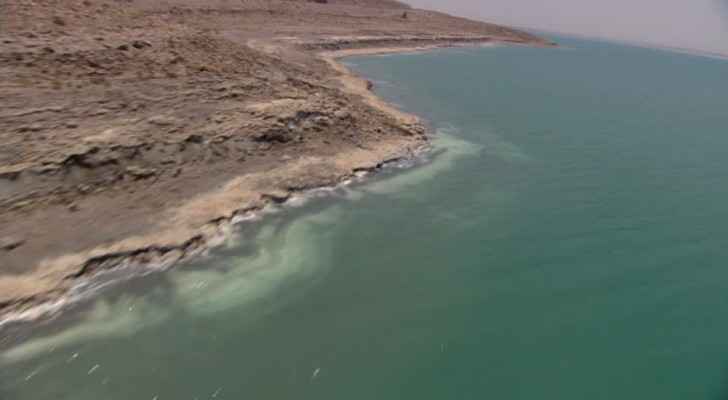 A school field trip, of 37 middle-school students, and seven members of staff, were suddenly engulfed by horrific flash floods. The raging waters swept away some of them, down the valley at the Dead Sea.

Around 3 pm on Thursday, October 25, 2018, a well-expected thunderstorm poured down heavy rain over the mountains of Madaba. A flash flood roared 5 km into the Jordan valley in the Dead Sea, sweeping everything in its path, causing mudslides, and road blockages.

The private school field trip were enjoying the Zara Maeen hot springs, when water surged into their area.

A huge rescue operation was launched with CDD rescue teams working non-stop with full force in search of survivors within the high-meters of muddy water.

CDD paramedics provided medical care to the survivors who had suffered fractures and bruises, and transferred them to the South Shouneh Hospital. The deceased were taken to the forensic laboratory, in order to determine their identities.

"We have been working nonstop... an area larger than 10 KM is being extensively searched," Brig. Gen. Sharaa said. Rescue workers searched the cliffs near the shore of the Dead Sea, where bodies were found. The specific number of missing is yet unknown.

His Majesty King Abdullah II cancelled plans for an official visit to the Kingdom of Bahrain, in order to personally follow up with the rescue operations, which are being supervised by HRH Prince Ali bin Hussien, who is watching closely from the National Centre for Security and Crisis Management (SCM).

Prime Minister, Omar Razzaz, along with a number of ministers and officials, were at the scene of the tragedy. Razza followed up with the CDD, and coordinated with the ministries of Interior, Transport, Municipal Affairs, Public Sector Development, as well as Public Works and Housing, to efficiently deal with the catastrophe, with maximum attention and speed.

He also visited the South Shouna hospital, which is located near the hotels and resorts area, were a huge family and relatives crowd frantically searched for information about their missing children.

PM Razzaz, offered the begrieved citizens and parents his condolences, reassuring them that all measures are being taken to ensure the safety of the students, the teachers, and the citizens in the region.

According to the Minister of Education, Azmi Mahafza, the school had violated the terms and conditions, concerning rules and regulations related to ‘school field trips’.

The original destination of the field trip, which was approved by the Ministry, and according to weather forecast and other safety related issues, was to the Azraq.

The tragedy will be extensively investigated, to accurately assess and clarify what had happened, in full cooperation with all concerned parties to the case.