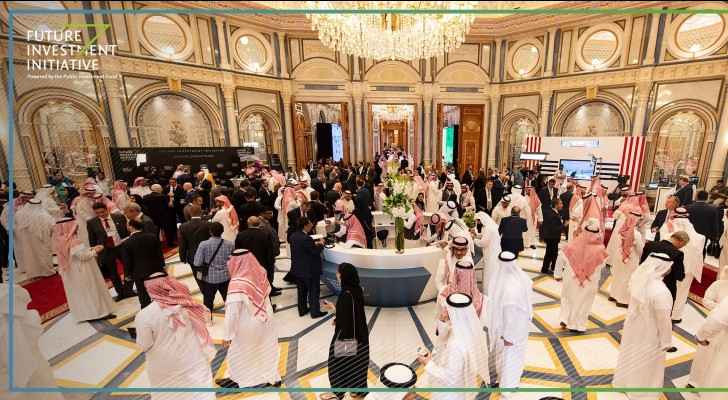 Amid tight security, chief of the Russian Direct Investment Fund, Kirill Dmitriyev, the CEO of French energy giant Total, Patrick Pouyanne, and the Pakistani Prime Minister, Imran Khan, were among the confirmed speakers for the opening day.

Twelve “mega deals” were signed, and more than 25 agreements sealed, in a total of more than $50 billion. Among the raft of deals signed is the second phase of Haramain high-speed railway, the Public transport projects, and the development of Saudi Land Bridge project.

Until recently, the FII was the most anticipated event in business and finance. But due to journalist Khashoggi’s death, international outrage overshadowed the conference, with the program's A-listers withdrawn, and the list of speakers heavily revised.

The FII official website (www.futureinvestmentinitiative.com) was hacked on Monday, October 22, by an unknown party. Anti-Saudi messages were posted on the site, referencing the war in Yemen, and the death of Khashoggi.

The Future Investment Initiative will address key questions related to urbanization and transportation. Here’s a glimpse at one of our key summits – ‘Urban Future’ #FII2018 pic.twitter.com/gqgY4rW5ly