Khashoggi disappeared after entering the Saudi consulate in Turkey on October 2, 2018. (CNBC) 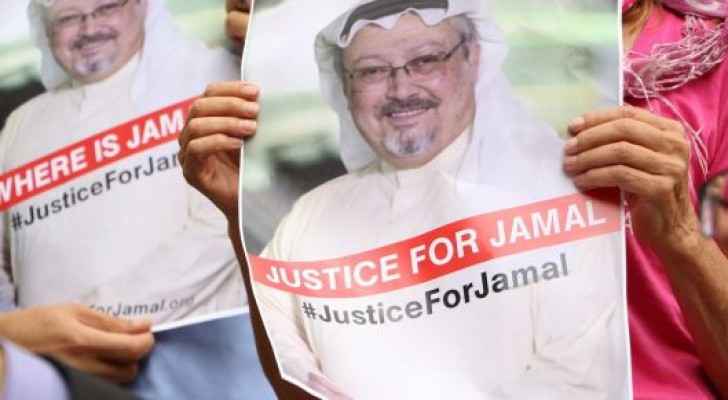 Saudi journalist Jamal Khashoggi, columnist for the Washington Post, outspoken critic of the Saudi government, was tortured and beheaded at the Saudi Consulate in Istanbul, according to the Turkish pro-government newspaper, Yeni Safak, on Wednesday, October 17, 2018.

According to the newspaper, the gruesome information was obtained from audio and video recordings showing Khashoggi being questioned, tortured, his fingers cut, and finally beheaded.

Khashoggi had disappeared after entering the Saudi Consulate in Turkey to process marriage documents, on October 2, 2018.

Turkish officials said Khashoggi was killed by a team of 15 Saudi officials, who arrived in Turkey on the same day; while Saudi Arabia denied the allegations.

The Washington Post reported earlier, that unnamed American and Turkish officials confirm that the video and audio recordings prove Khashoggi was killed inside the Consulate, his finger amputated.

According to Yeni Safak, in one of the audio recordings, during Khashoggi’s torture, the voice of Saudi Consul in Istanbul, Mohammed al-Otaibi can be heard saying: "Do it outside. You’re going to get me in trouble”. In another audio recording, the voice of someone replies: “"If you want to stay alive when you enter Saudi Arabia, stay quiet."

Yeni Safak did not explain how the recordings were made or how they were obtained.

Another Turkish pro-government newspaper, the Daily Sabah, reported that Khashoggi was wearing a smart Apple watch, which allowed him to record his interrogation, the torture and the murder.
Consul Otaibi left Istanbul, on Tuesday, for Riyadh, ahead of an expected security search of his home in Istanbul, as part of the Turkish investigations into Khashoggi's case.

CNN had quoted on Monday two sources saying that the Saudis were preparing a report that says Khashoggi's death was the result of an “interrogation gone wrong”.

The US Secretary of State, Mike Pompeo, flew today, Wednesday, to Ankara, to discuss Khashoggi's disappearance with the Turkish leadership.

Yesterday, Pompeo visited Saudi Arabia to meet with King Salman, and Crown Prince Mohammed bin Salman. Pompeo told reporters, before leaving Riyadh, that the Saudi leaders "made no exceptions on who they would hold accountable."

Hundreds of Jordanians protest outside Israeli ....

Hundreds of Jordanians protest outside Israeli ....

Hundreds of Jordanians protest outside ....