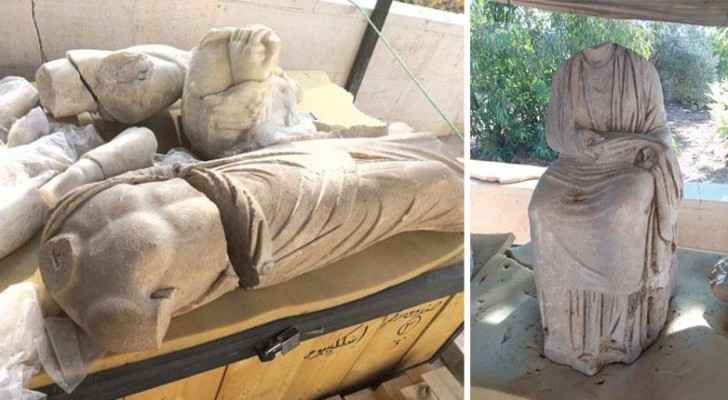 The Head of the Jerash Department of Antiquities, Ziyad Ghuneimat announced on October 3, 2018, the discovery of several priceless statues in the Hamamat site, a well known Roman location in Jerash, north of Amman.

A French team of archeologist have unearthed several fully intact sculptures, and other large pieces, in a three-year-long dig. The most astonishing of the finds are a decapitated statue of the goddess of love Aphrodite (Roman Venus), a sculpture of Zeus- chief of the Olympian gods, and seven statues out of the “nine Muses”.

The discovery of the Aphrodite statue is one of a few in the world, and considered “unprecedented” in the Middle East by archeologist.

“The discovery will not only attract archaeologists, but also tourists,” Jerash Tourism Director, Bassam Tobat, told The Jordan Times.

“Aphrodite’s sculpture has an invaluable worth in the archaeological and historical world, so to find a whole sculpture of her is an unprecedented achievement," said Ghuneimat. He added that the find “is worth more than all our previous findings of rare jewels and treasure boxes.”

Thomas Weber-Karyotakis, a professor in archaeology and head of the French team, said that the finds are “very unique and very exceptional in the Middle East because similar sculptures were only found in Greece and Rome”.

The French team will continue to dig until November of this year, hoping to unearth the remaining two muses to complete the set. Weber expressed his concerns to The Jordan Times, that the statues might be under some modern buildings near the dig site.