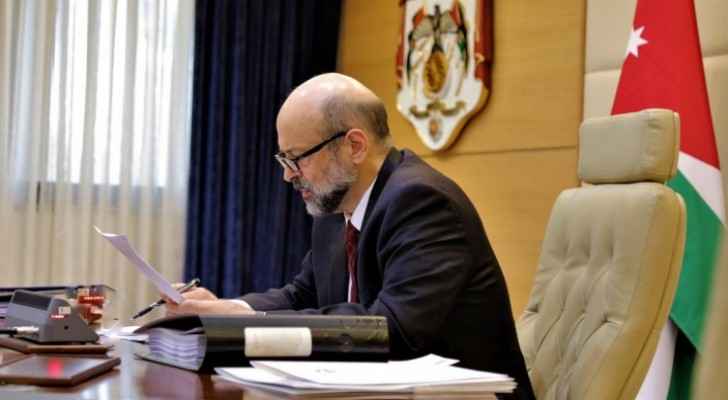 Jordanian Prime Minister Omar Razzaz intends to reshuffle his Cabinet by the end of this week, an informed source confirmed to Roya on September 30, 2018.

Razzaz, who previously announced that his government will be merging a number of public institutions in order to lessen the financial deficits, is expected to keep his promise and merge ministries soon.

The ministerial amendment is highly probable, the source added, and will concentrate on merging a number of affiliated ministries under the sovereignty of one minister. However, the merge will only include ministries that are considered as "non-dominant".

During the past week, Razzaz has met –and accordingly consulted– with a number of his Cabinet’s members to pave the way towards an educated decision that complies with the current governmental policy and vision.

According to sources close to the Razzaz, the re-appointed ministers were chosen carefully while taking their performances during the their serving time into consideration.

Razzaz government was sworn in before His Majesty King Abdullah II on June 14, 2018 succeeding the government of Hani Mulki, who resigned after a seven-day protests against the previously-proposed Income Tax Bill.

On July 19, 2018, Razzaz government was granted the vote of confidence by the House of Representatives. Since then, the government has been working towards meeting its first 100-day promises; including reducing public expenditure, approving the amendments of the civil retirement law, announcing a clear mechanism that guards the pricing of oil derivatives, introducing a mechanism that efficiently treats cancer patients, as well amending tax procedures that are associated with Hybrid vehicles.