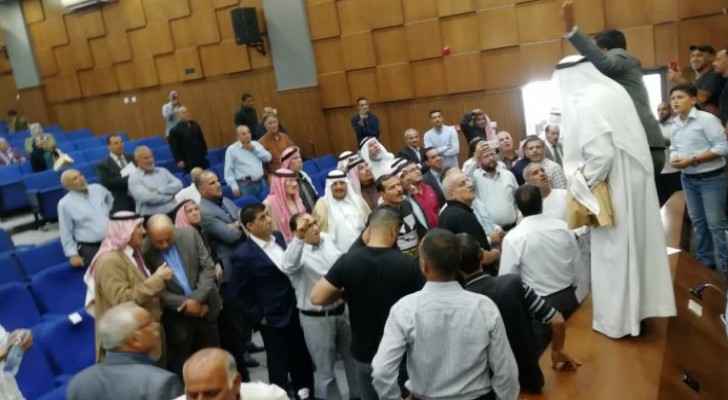 As part of the Jordanian Prime Ministry’s plan to involve the public in an open discussion about the newly announced Income Tax Bill (ITB), ministers were assigned to tour all governorates in the Kingdom and meet with the citizens, hear their insights and answer their concerns regarding the drafted Bill.

Earlier today, Cabinet members in charge of the visit to Ma’an governorate withdrew from the meeting hall as chaos ensued by angry citizens who expressed their ITB refusal, on Sunday, September 16, 2018.

The meeting, which was attended by the Minister of Political and Parliamentary Affairs, Musa Maaytah, Minister of Environment, Nayef Al Fayez, and Minister of Health, Mahmoud Sheyyab, was cut short as the ministers decided to leave earlier than scheduled.

Yesterday, the three Ministers who were assigned to meet with citizens of Tafileh governorate have also cut their visit short as the attendees turned violent and asked the ministers to leave.