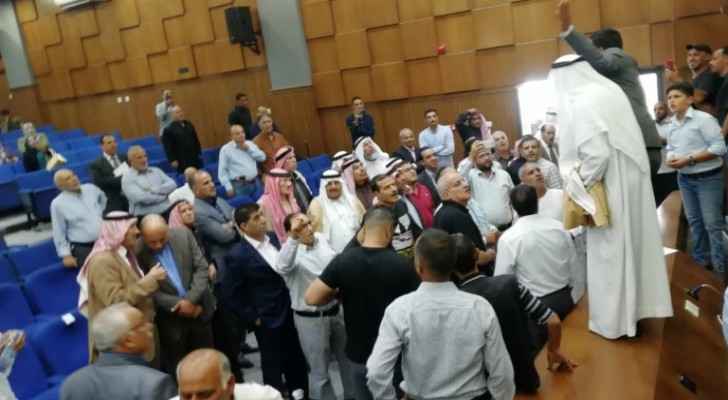 On Thursday, September 13, 2018, the Prime Ministry announced that as part of the Cabinet’s approach to openly discuss the newly announced Income Tax Bill (ITB), ministers were assigned to tour all governorates of the Kingdom and meet with the citizens, hear their insights and answer their concerns regarding the drafted Bill.

However, the meeting, which was set to primarily discuss the government's policies and the new draft of the ITB, didn’t go as planned as the attendees expressed their refusal of the new ITB, turned violent and asked the minsiters to leave. The meeting was cut short as the ministers complied and left the hall.

Below is a video from the incident;