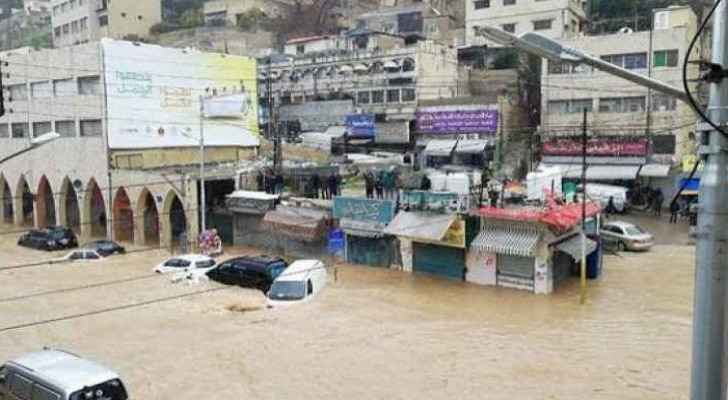 The Chairman of the Amman Chamber of Commerce Khalil Al-Haj Tawfiq, said that exempting traders from vocation and waste fees is not the only demand, but the Greater Amman Municipality (GAM) must also compensate them for the losses and damage they suffered as a result of the floods caused by the heavy rainfall on Thursday.

The Amman Chamber of Commerce called on a number of demands, including exempting traders from income tax and the recovery of customs duties for their damaged goods, as well as allowing vehicles to park in Downtown Amman at all times without issuing parking tickets unless in cases of traffic obstructions, in addition to asking bankers to cooperate with affected traders.

Haj Tawfiq called for many other demands, which contribute in one way or another to mitigate the effects of this disaster, and stressed what happened will not go by unnoticed.

Shawarbeh has earlier said that GAM decided to exempt traders, who were affected by the recent Downtown floods from vocation and waste license fees for the coming two years, and that this recommendation will be submitted to GAM's council as soon as possible, as well as to the Jordanian Prime Minister Omar Razzaz for approval.