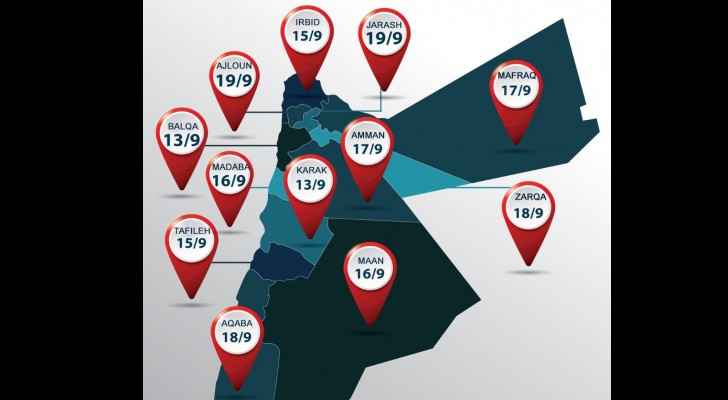 In compliance with the government’s Letter of Designation, members of the Cabinet will start touring all governorates of the Kingdom starting today, September 13, 2018.

These visits, which aim to positively engage citizens, will give the public an opportunity to take part in a direct discussion with government representatives.

This governmental approach comes as part of the general policy adopted by the Prime Minister, Omar Razzaz, and his Cabinet.

Discussions are expected to revolve around the most important issues that concern the public at the minute, especially the new draft of the Income Tax Bill along with the developments and objectives it seeks to achieve.

During these visits, workshops will be held with participation of members of multiple executive boards, social leaders, heads of municipal and provincial councils, representatives of civil society organizations, political parties, trade unions, chambers of industry and trade, military retirees, as well as members of youth clubs, media, and journalism centers.