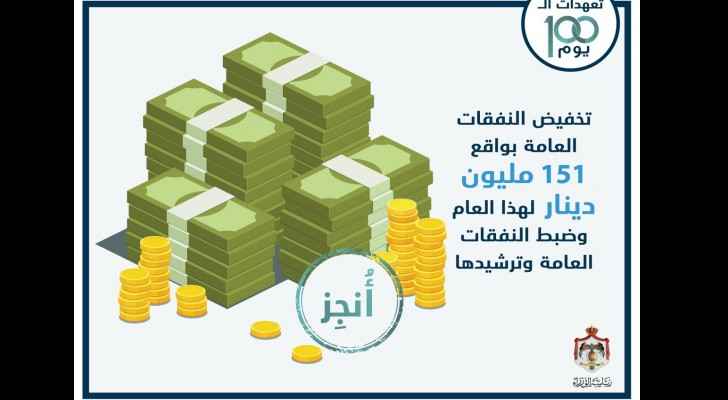 Jordanian Prime Minister, Omar Razzaz, announced that his government has successfully fulfilled one of its promised pledges. The Cabinet, once received its designation letter, announced that reducing its yearly public expenditure is one of its priority tasks for the upcoming year.

In the 'Vote of Confidence' statement, which was addressed to the House of Representatives on July 9, 2018 and was later discussed by the members of the Parliament, Razzaz introduced the initiative of lowering the government spending, something that was just met by JD 151 million in less than one month of his government’s lifespan.

On July 9, 2017, PM Omar Razzaz delivered his first speech addressing members of the Parliament, . Razzaz announced that the Government promises to fulfil the following tasks within its 100 days of formation, one of the very first points that the PM mentioned was; Reducing expenditures by 151 million Jordanian Dinars.