Nearly 270,000 Syrians are currently stranded near the Jordanian border. 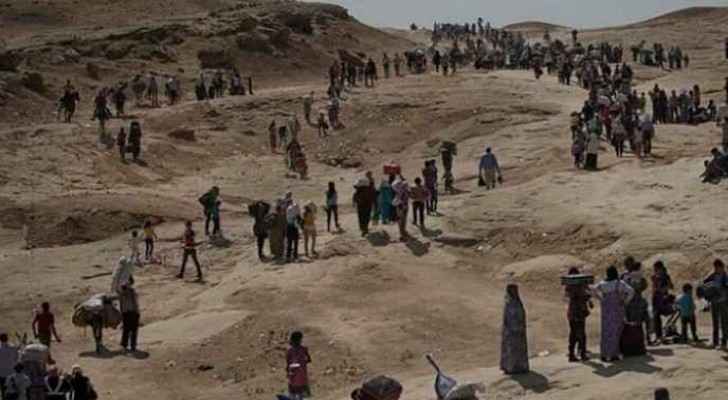 The United Nations High Commissioner for Refugees (UNHCR) has urged Jordan to allow the entry of displaced Syrians to the Kingdom.

Last week, Jordan officially announced that it can no longer receive refugees as it cannot afford further assistance within its limited resources.

Almost 270,000 people have been displaced after the two-week escalating conflict in Deraa forced them to flee their homes, most of whom are stranded near the currently-closed-border of Jordan.

“We call on the Jordanian government to keep its border open and for other countries in the region to step up and receive the fleeing civilians,” said the UN human rights spokeswoman Liz Throssell on Monday.

Mohammad Hawari, spokesman for UNHCR in Amman, said that though the expected number of displaced Syrians was 200,000, it has already exceeded 270,000 people in record time.

As reported by the Prime Ministry, Foreign Minister Ayman Safadi will be meeting with his Russian counterpart, Sergei Lavrov, in Moscow on Wednesday in order to negotiate a ceasefire agreement.