10,000 e-car charging outlets to be installed across Jordan

Electric cars were introduced in Jordan in mid 2015 (DAI Publications) 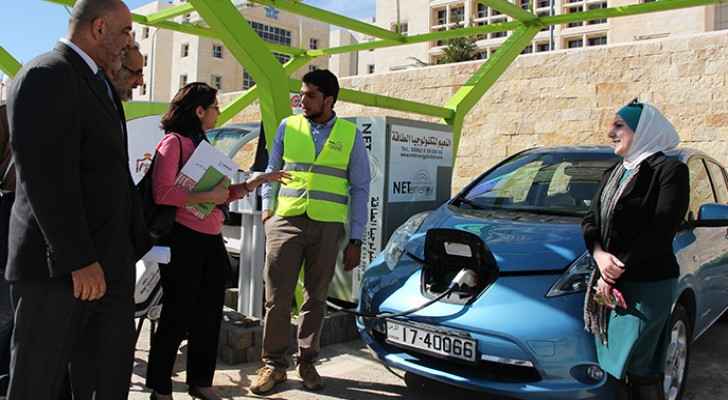 Around 10,000 intelligent charging stations for electric cars are going to be installed across the kingdom, the Head of the Business Development Department at the German-based eCharge Company, Amro Abdu told Petra News Agency on Tuesday.

The promise was made during a conference currently being held at the Dead Sea that discusses the launch of the region's first-of-its-kind business.

An agreement was reached between the company and Jordanian parties which was based on an in-depth study of Jordan's market in this field over the last years.

According to Abdu, the move to set up a renewable energy-based strategy would lessen Jordan’s energy bill, as oil imports take up 10 percent of GDP.

Abdu said the project will tackle issues such as station distribution by making charging available in various public places and train youth to provide service to e-cars.

Cars will also be charged within 15 minutes and owners will be able to pay via phone apps.

Traffic Department says tinted windows on vehicles do not ....