The charity said in May 2017 it was giving up its negotiating efforts after hitting a "dead end". 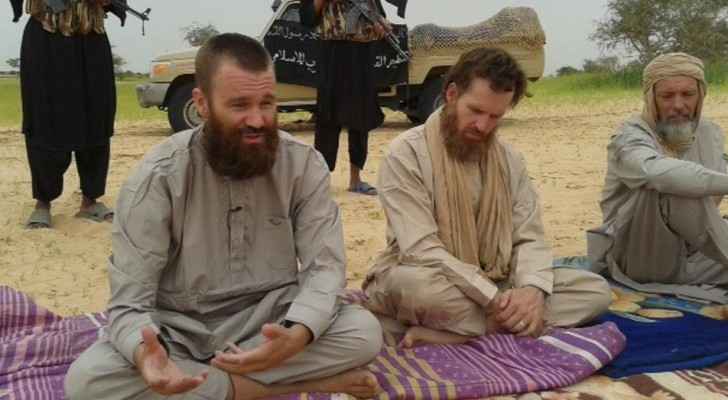 A Swede who had been held hostage by Al-Qaeda in Mali since 2011 has been freed and has returned home, the Swedish government said Monday, but the fate of a fellow hostage from South Africa remains unknown.

"I'm very pleased to announce that Johan (Gustafsson) has today been able to return to Sweden and be reunited with his family," Foreign Minister Margot Wallstrom told reporters late Monday as she showed a picture of Gustafsson surrounded by his family after he arrived home.

"I welcomed him home, and I can say that he is in good health and is holding up well, given the circumstances," she said.

Wallstrom refused to provide details about how Sweden secured Gustafsson's release, saying only that it occurred "a couple of days ago" and was the result of "several years of efforts" by police, politicians, diplomats and Swedish and international authorities.

She also did not comment on whether a ransom was paid. She said only that "Sweden's policy is to not pay ransoms in the event of kidnappings."

A Malian security source meanwhile told AFP that Mali officials "helped secure the release of the Swedish hostage. He was released in the Mali desert."

Gustafsson, 42, was abducted in Timbuktu, northern Mali, in November 2011 along with South African national Stephen McGown and Dutchman Sjaak Rijke.

Rijke was freed in April 2015 by French special forces.

The Swedish foreign ministry provided no details about McGown's fate.

His father, Malcolm McGown, told AFP from his home in Johannesburg that their family had no news of Stephen.

"We have heard nothing about our son. It would have been good for both of them to be released at the same time, but there's nothing much we can do about it," he said.

"I have no details of how the release (of Johan) took place. It's Eid and maybe Johan's release was a good gesture. I'm just not sure what the plan is with Stephen."

Gustafsson was on a motorcycle trip from Sweden to South Africa when he was kidnapped.

He, Rijke and McGown were seized along with several other Westerners by a group of armed men while on the terrace of their hotel.

Rijke's wife managed to escape, but a German who tried to resist the abduction was killed.

Al-Qaeda's North African affiliate Al-Qaeda in the Islamic Maghreb (AQIM) claimed responsibility for the kidnappings. It was one of several jihadist groups that took control of Mali's north in 2012 before being ousted by a French-led military operation launched in January 2013.

A South African charity appointed by the families to negotiate the release of Gustafsson and McGown said it also had no news of McGown.

"We have no information... I don't think Stephen has been released," said Imtiaz Sooliman, head of Gift of the Givers.

The charity said in May 2017 it was giving up its negotiating efforts after hitting a "dead end".

According to Swedish media reports, Gift of the Givers had been negotiating a ransom with the hostage-takers.

AQIM had released several videos of Gustafsson and McGown over the years, but very little has been known about the kidnappers' demands.

Stephen Gustafsson's family had repeatedly pleaded for his release in statements to the media, but on Monday his father Goran Gustafsson refused to comment on Stephen's release.

"I don't want to talk right now, I can't. You'll have to excuse me," he told news agency TT.

Several other Westerners have been kidnapped in Mali in recent years.

In January 2016, Swiss missionary Beatrice Stockly was kidnapped by AQIM, also in Timbuktu, after she had received repeated threats from jihadists. The group released a proof of life video in January showing Stockly saying she was in good health.

Gloria Cecilia Narvaez Argoti, a Colombian nun, was kidnapped in February of this year in southern Mali by armed men from an unidentified jihadist group, and her whereabouts remain unknown despite several arrests.

French aid worker Sophie Petronin was abducted in the northern Malian city of Gao in late 2016. No group has claimed responsibility for her disappearance.

You can now enjoy free WiFi while on board of buses ....

You can now enjoy free WiFi while on ....