Déjà vu? Mashrou' Leila is subject to another Amman performance ban for the second year running by the Jordanian authorities 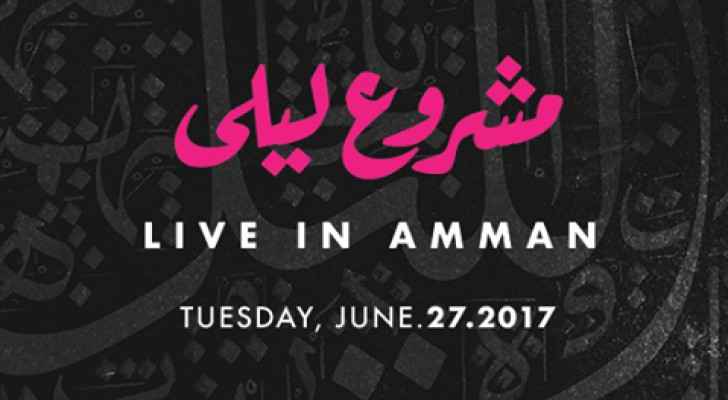 For the second year in a row, Jordanian authorities have suddenly
canceled an appearance by Lebanese band Mashrou’ Leila that was
scheduled to take place June 27.

A source confirmed to Roya that the Minister of Interior, Ghaleb
al-Zoubi, decided Monday to call-off the Mashrou Leila concert,
without giving further details for the reason behind this abrupt
cancellation. The Ministry of Tourism, in charge of licensing public
events, and one of the official sponsors to the band this time round,
had no comment

Today’s cancellation dashes the hopes of the same fanbase from last
year, with Jordanians and Palestinians from the West Bank buying their
tickets with the recollection that 2016’s controversial ban was
apparently reverted soon after the dramatic cancellation.

As news of the repeat-cancellation broke, Arab media speculated that
the ban stemmed from the notion – fed by community and religious
leaders– that Mashrou Leila’s performance in the Kingdom was not in
keeping with Jordanian culture and religious codes. Last year’s
comment by Amman’s Governor, Khaled Abu Zeid, ascribed the
cancellation to Mashrou Leila’s music “diverging from the values,
customs and traditions of Jordanian society,” highlighting that “many
of Mashrou’ Leila’s lyrics conflict with the nature of Jordanian
society.”

In the aftermath of 2016’s ban, Amman’s governorate cited the
“church’s objection” to the concert, and specifically to Mashrou’
Leila’s song “Jinn.”’ Father Rifat Bader, of the Catholic Center for
Studies and Media, told Jordanian news website 7iber that the song
took “the holiest religious symbols from the Christian faith and used
them in an immoral context.”

Scheduled to have played just after Ramadan at the Amman Exhibition
Park, diverging from their regular Roman Amphitheatre venue of recent
years, the contemporary and ‘controversial’ alternative Arabic rock
band may be banned from their ‘live in Amman’ summer comeback, but they
are not barred from a country where they have many connections.

Roya spoke to frontman Hamed Sinno’s cousin Dina Al Tal, in Amman, who had not yet
heard of the fresh cancellation of the performance and appeared quite
disheartened by the news. “If this (cancellation) is true, it’s so so
sad, not just for fans or even family, but for Arabs,” she said.

Mashrou’ Leila which means ‘overnight project’ have an openly gay
lead singer --Hamed Sinno -- and a repertoire of songs that challenge
the conservative mores of the Middle East. Openly passionate about the
Arabic language, Hamed sticks to singing in his native Lebanese from Beirut to
Barcelona. Their recent album Ibn El Leil (Son of the Night), as well
as experimenting with the band’s familiar folky rock sound, takes on
Beirut’s notorious night scene.

At the time of publication, Sinno had not replied to Roya's invitation for comment. Maybe the man was wrapping his head around Monday's disappointing announcement.