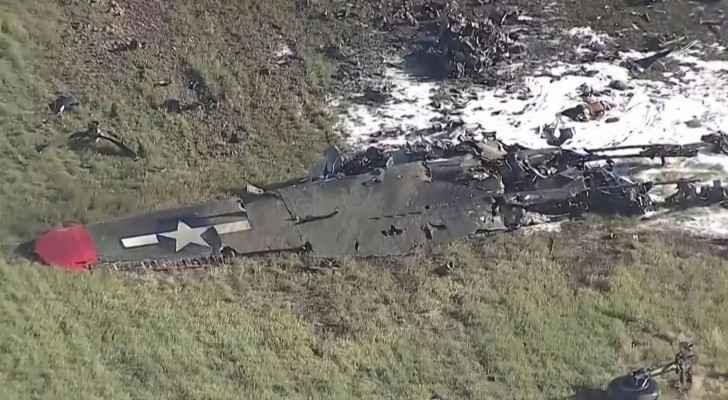 It was not immediately clear how many people were in the two craft, a Boeing B-17 Flying Fortress and a smaller Bell P-63 Kingcobra, the Federal Aviation Administration said.

Nor was it clear whether anyone survived the early afternoon crash, which occurred during the Wings Over Dallas Airshow at Dallas Executive Airport.

But multiple videos posted on social media showed dramatic scenes of the smaller plane descending on the lower-flying B-17 as both appeared to be veering to the left.

After the collision, the planes appear to break up into several large pieces before crashing into the ground and exploding in a ball of fire and a huge plume of black smoke.

The FAA said its agents and the National Transportation Safety Board would investigate the incident.

The B-17, a four-engined bomber, played a major role in winning the air war against Germany in World War II. With a workhorse reputation, it became one of the most produced bombers ever.

The P-63 Kingcobra was a fighter aircraft developed during the same war by Bell Aircraft but used in combat only by the Soviet Air Force.

One of the last major crashes of a B-17 was on October 2, 2019, when seven people died in an accident at an airport in Windsor Locks, Connecticut.

NOW - B-17 bomber and a smaller plane collide at Dallas airshow.pic.twitter.com/BmJgnxBnrb

Bodies pulled from wreckage of missing ....