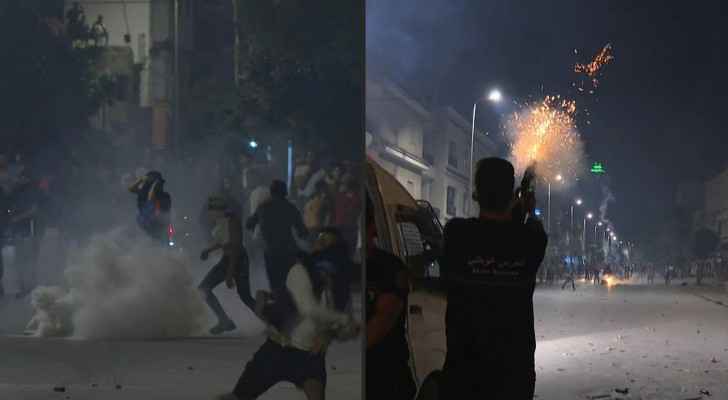 Tunisian mourners clashed with security forces on Friday after the death of a young man from injuries sustained during a police chase a month ago.

Protestors threw rocks at security forces after Malek Sellimi's funeral in the working-class neighborhood of Upper Omran on the edges of Tunis, according to videos shared widely online.

Sellimi, 24, had fallen in a ditch and suffered a neck injury as he was being chased by police in late August, a relative told local radio station Diwan FM on Friday.

"He was taken to hospital and was in intensive care for 50 days, then he died," said the relative, Mohamed, who did not give a surname.

He called for an inquiry to ensure justice for Sellimi's death.