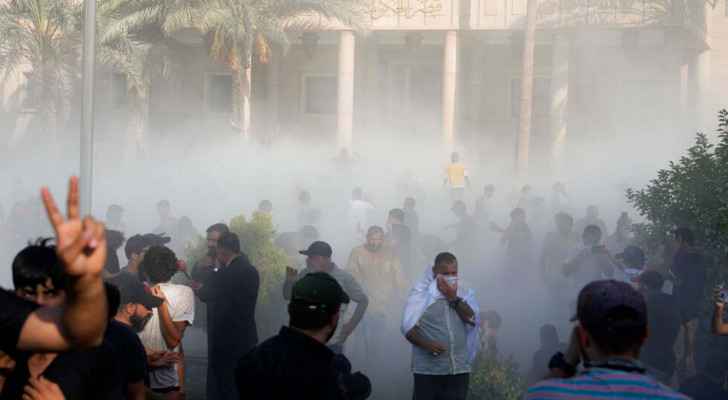 Four were killed overnight after an ambush in the southern Iraqi city of Basra sparked clashes between rival Shiite factions, a security source said Thursday, days after deadly clashes in the capital, reported AFP.

Two members of Saraya al-Salam -- an armed faction linked to powerful Shiite cleric Moqtada Sadr -- were killed when their vehicle came under fire from the Asaib Ahl al-Haq force, which lost two fighters in the ensuing gun battle, the source said.

Security forces deployed to quell the fighting, and Basra's governor Assad al-Eidani said on Thursday morning that the situation in the city was now "safe and under control".

A funeral procession for the slain Saraya al-Salam fighters was expected in Basra later Thursday.

The exchange of fire triggered panic only days after clashes between Sadr supporters and rival Iran-backed factions turned Baghdad's highly secure Green Zone into a battlefield.

Thirty Sadr supporters were killed in nearly 24 hours of clashes that erupted on Monday after they stormed the government headquarters in the Green Zone, which houses state institutions and foreign embassies.

The attack in Basra drew strong condemnation from Sadr representative Mohammed Saleh al-Iraqi, who lashed out at Qais al-Khazali, head of the Asaib Ahl al-Haq force.

The force is part of a pro-Iran ex-paramilitary network now integrated into the country's security forces.

"I warn you, Qais! If you do not restrain your insolent militias and if you do not absolve yourself of the murderers and criminals that are affiliated to you... you too are insolent," he said in a statement on Twitter.

Khazali called on his supporters to shut Asaib offices and ignore "insults" against him to avoid an escalation.

"I ask our brothers in Asaib Ahl al-Haq to close all offices of the movement immediately and until further notice," he said on Twitter.

"If they want to burn them, let them, and don't give it any further thought."

The group later said it had ordered the closure of all its offices in accordance with Khazali's request.

Since elections in October last year, Iraqi politics has been paralysed due to disagreement between Shiite factions over forming a coalition, leaving the country without a new government, prime minister or president.

Hundreds of protesters in Baghdad ....