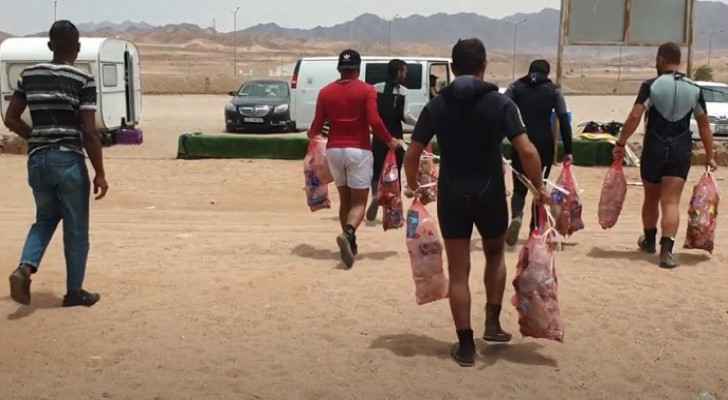 On the beaches of Aqaba, a campaign to clean up the sea was launched Tuesday in several locations. The campaign was organized by the Aqaba Diving Association, with the participation of more than 40 divers.

Divers removed around two tons of waste in 20 diving sites in the Gulf of Aqaba. The cleaning campaign focuses on the most visited diving sites.

Marine waste was collected in several areas on Aqaba’s southern shore, and then placed in special bags, to be transported to the landfill, in accordance with international environmental methods.

The Aqaba Diving Association called for the need to preserve the environment and marine biodiversity in Aqaba.