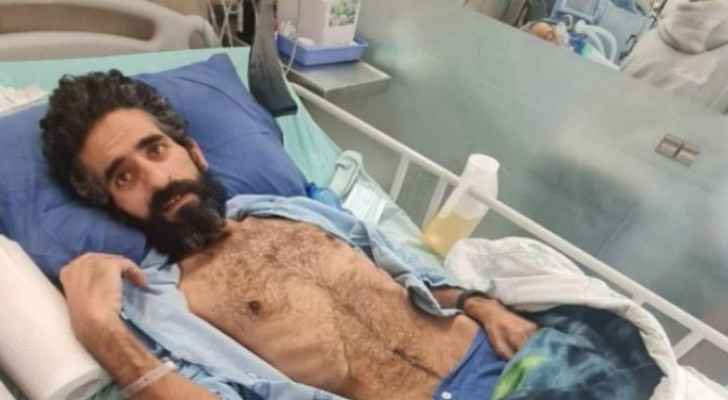 The Commission of Detainees' Affairs said, this evening, Tuesday, that the prisoner Hisham Abu Hawash agreed to end his open hunger strike, after reaching an agreement with the Israeli occupation prisons administration, thus ending 141 days of strike.

Abu Hawash started his hunger strike to protest his administrative detention in Israeli Occupation prisons as he was detained without trial or charge.

According to the agreement, Abu Hawash will be released on Feb. 26, provided that he remains in Shamir Medical Center until the day of his release.

The Commission issued a statement announcing the details of the release of the prisoner Abu Hawash.

Following is an excerpt of the statement:

The Commission of Detainees' Affairs announced that an agreement had been made regarding the case of the detainee, Hisham Abu Hawash, who has been on hunger strike for 141 days, and stipulates his release on the Feb. 26, stressing that his lawyer is on his way to the hospital to inform Hisham of the details.

The Palestinian Prisoner Club clarified that they were officially informed by Major General Majed Faraj after the efforts he made, under the directives of President Mahmoud Abbas, which came after the patience and steadfastness of detainee Hisham Abu Hawash in the face of the occupation, and with the efforts made by the Palestinian leadership.