Increase in administrative, judicial detainees in Jordan in 2019: National Center for Human Rights

Increase in administrative, judicial detainees in Jordan in 2019: National Center for Human Rights 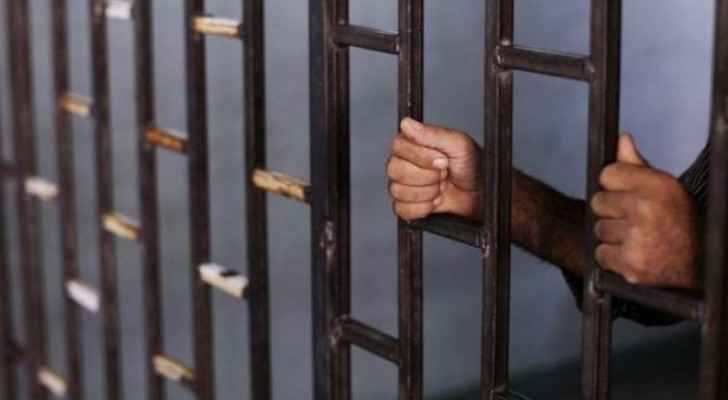 Monday, The National Center for Human Rights issued its 16th annual report to monitor the state of human rights in the Kingdom for the year 2019.

The findings of the report stipulated that two laws are of grave concern to the human rights of citizens of the Kingdom, one of which has allowed for the sharp increase in the number of administrative detainees held in Jordan.

The Crime Prevention Law No.7 of 1954 allows law enforcement to arrest anyone who they consider to be a danger to society, without an indictment, legal guarantees, and any issuance of a judicial order.

The law allows governors to start procedures against persons who are “about to commit a crime or assist in its commission,” those who “habitually” steal, shelter thieves, or fence stolen goods, and anyone who, if remaining at liberty, would constitute a “danger to the people.”

According to Human Rights Watch (HRW), the government’s widespread use of the Crime Prevention Law to justify administrative detention fundamentally undermines the rule of law in Jordan.

More than one in five persons in Jordanian prisons is an administrative detainee, the National Center for Human Rights reported.

International human rights law permits administrative detention only under narrow circumstances. In Jordan, however, officials primarily use administrative detention for matters that fall squarely within the application of existing criminal law, with the acknowledged intent of avoiding the legal requirement, under the country’s criminal procedure code, of subjecting the grounds for detention to the scrutiny of an independent and qualified justice system. As such, the Crime Prevention Law subverts the rule of law by granting executive officials powers that should properly be the domain of the judiciary.

The report also emphasized the need to amend Cybercrime Law No. 27 of 2015 and bring it into line with international human rights standards.

Cybercrime Law No. 27 was adopted without debate in Aug. 2010 to replace the Law of Information System Crimes. However, in Jan. 2017, the Ministry of Justice proposed several amendments to the Cybercrime Law in order to address the definition of 'hate speech,’ which the government passed in June 2018 without presenting the changes to parliament.

Notably, since 1975, Jordan has been a member of the International Covenant on Civil and Political Rights (ICCPR), and is therefore bound by its human rights standards, but the latest amendments to the Cybercrime Law, along with the previous versions failed to meet the standards of freedom of expression stipulated by ICCPR.

The latest amendments to the Cybercrime Law define hate speech as “[e]very writing and every speech or action intended to provoke sectarian or racial sedition, advocate for violence or foster conflict between followers of different religions and various components of the nation,” which is not in line with article 20 of the ICCPR.

While the definition has been reworded from the previous version, it remains excessively vague, relying on subjective and unclear terms that could confer wide discretionary powers to judges.

As a result of this broad and imprecise definition, the amendments risk criminalizing a wide range of acts falling under the right to freedom of expression that is protected under international human rights law.

Furthermore, while the minimum penalty for crimes of hate speech has been shortened in the latest amendments from one year to three months in prison, rights groups find it concerning that there is no maximum penalty.

Rights groups are also concerned about the penalty for crimes of defamation, saying defamation should only lead to civil proceedings and not criminal, and should never result in the deprivation of liberty. In their current form, the proposed penalties for defamation could lead to a climate of self-censorship, negatively affecting the public’s right to information.

The penalties for publishing 'fake news' and 'rumors' contained in the latest amendments also remain of concern. Individuals found guilty can be punished with fines as well as prison terms ranging from three months to two years.

However, a definition of the aforementioned terms is absent from the amendments, handing a vast discretionary power to authorities.

It is feared that a lack of clarity could suppress a wide range of expression, including criticism of the government, news reporting, political campaigning and the expression of unpopular, controversial or minority opinions.

Moreover, it is of concern that the term 'applications' was added to the definition of 'information systems' in the latest amendments, as in practical terms, this means that smartphone apps including WhatsApp and Viber can be subjected to surveillance.