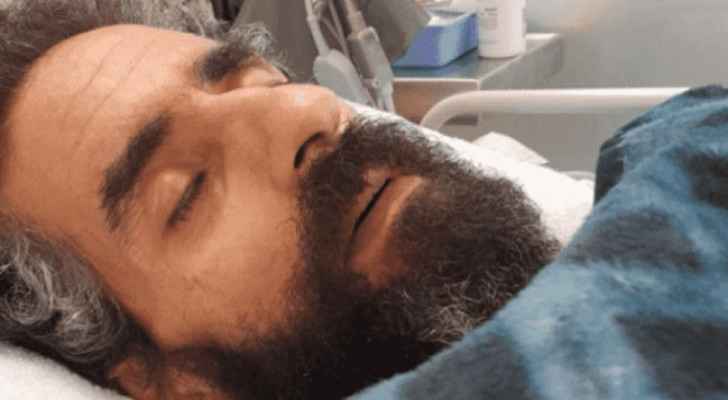 Assaf Harofeh Hospital in the occupied Palestinian territories announced that the prisoner Hisham Abu Hawash tested positive for the coronavirus, nine days after he ended his hunger strike, which lasted for 141 days.

Abu Hawash's family accused the hospital administration of failing to provide the care allocated to their son, who went on an open hunger strike that lasted for 141 days and was transferred there after ending his strike about nine days ago.

The family said that his infection came after he was put in a room with a number of patients without isolating him, despite his difficult health condition.

The family called on international organizations to transfer Abu Hawash to a hospital in the West Bank to provide him with appropriate treatment, especially since his health condition remains critical, holding the Israeli Occupation authorities fully responsible for the life of their son.

Jan. 4, the Commission of Detainees' Affairs said that the prisoner Hisham Abu Hawash agreed to end his open hunger strike, after reaching an agreement with the Israeli occupation prisons administration, thus ending 141 days of strike.

Abu Hawash started his hunger strike to protest his administrative detention in Israeli Occupation prisons as he was detained without trial or charge.

According to the agreement, Abu Hawash will be released on Feb. 26, provided that he remains in Shamir Medical Center until the day of his release.

Abu Hawash ends hunger strike, to be released on ....