'We fear that this may end in legalizing gay rights': MP on adding female noun to constitution

'We fear that this may end in legalizing gay rights': MP on adding female noun to constitution 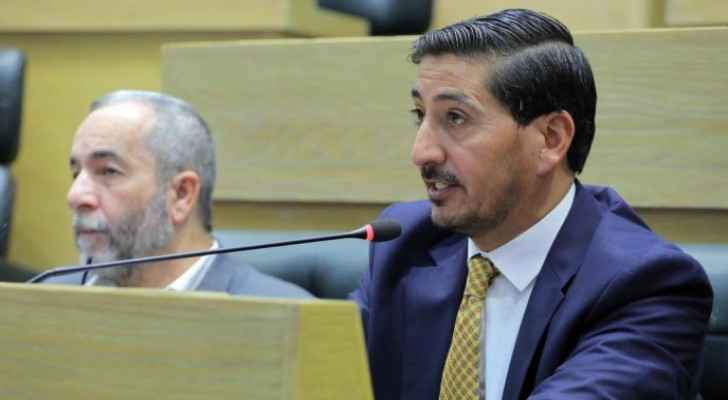 MP Ahmed Al-Qatawneh said Sunday that after legal inquiries it became clear that the word ‘Jordanians’ includes both males and females.

He added, during the parliament session devoted to considering constitutional amendments, that women have taken all their rights, wondering why this word is being added.

He explained, "We fear that the matter will reach the legislation of gay rights," stressing that he refuses to add the female noun to a Jordanian citizen in the constitution, in order to preserve the Islamic and Arab values.

For his part, MP Khalil Attiya said that the fear among some of including the female noun for a Jordanian citizen to inheritance, parental and personal status issues in the courts is "incorrect and unjustified."

Attiya cited, during the parliament's session devoted to considering constitutional amendments, that Article 103 of the Constitution, which explains this matter in detail, indicates that the fear of equality between women and men in inheritance issues is incorrect.

He explained that the MPs did not hear any comment from members of the Islah bloc in the Royal Committee for the Modernization of the Political System.

However, MP Saleh Al-Armouti announced his refusal, on behalf of the Parliamentary Reform Bloc, to include the female noun for a Jordanian citizen to a chapter concerned with rights and duties within the Jordanian constitution.

He added, "As long as it will not make any change or difference, why should we add it?"

House of Representatives deletes video of ....

House of Representatives deletes video of ....