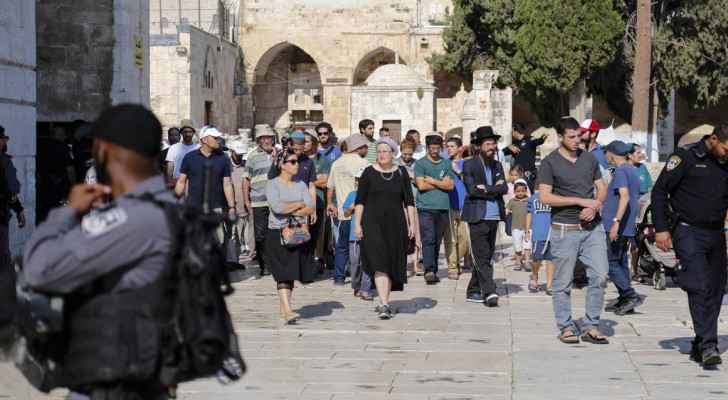 The settlers toured the courtyards and provocatively performed Talmudic rituals in the eastern part of the compound amid a state of anger inside the Mosque, the eyewitnesses indicated.