Hundreds of Jewish settlers storm Sanctuary of Abraham in Hebron

Hundreds of Jewish settlers storm Sanctuary of Abraham in Hebron 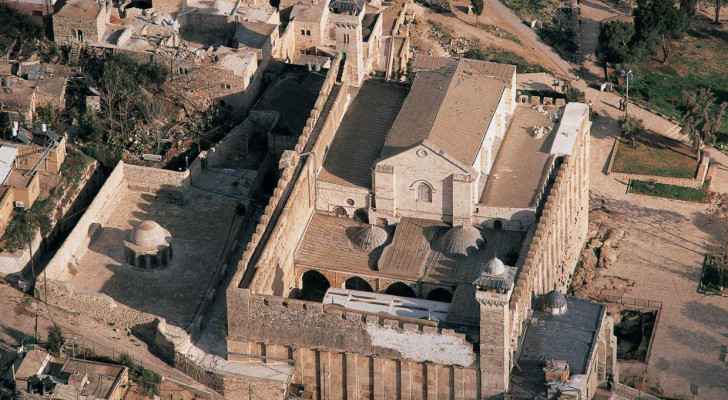 The director of the Sanctuary, Sheikh Hefzi Abu Sneina, said in a statement that unprecedented numbers of extremist settlers have stormed the courtyards of the Sanctuary of Abraham since the early morning hours, and performed provocative Talmudic rituals, under the pretext of celebrating the Jewish Throne Day.

He explained that the Israeli Occupation Forces increased their military measures in the vicinity of the Sanctuary, to secure the storming of extremist settlers.

In addition to erecting military barriers at the junctions and entrances leading to the Haram al Sharif, and impeding the movement of Palestinian citizens and their access to it, under the pretext of the Jewish holidays.