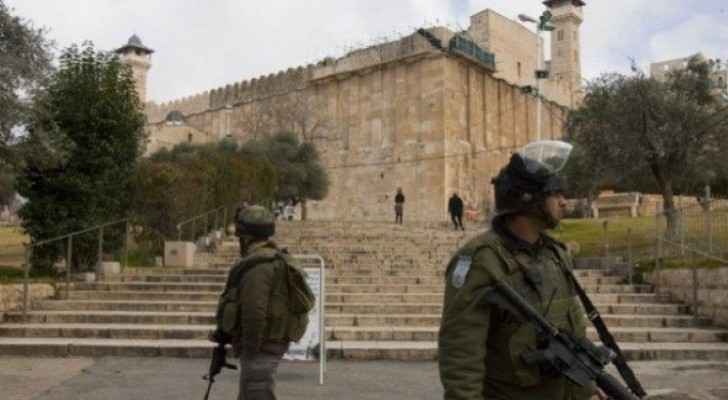 The Israeli Occupation Forces (IOF) closed down on Monday, April 22, 2019, the Ibrahimi Mosque in the occupied West Bank city to Muslim worshippers in order to allow Jewish settlers to celebrate the Jewish Passover, which is celebrated today and tomorrow.

This is considered a clear violation of the sanctity of the holy site and an attack against Muslims' right to access their places of worship.

Hundreds of the occupation soldiers were deployed in the area surrounding the mosque.

Hundreds of Jewish settlers storm Sanctuary of Abraham in ....