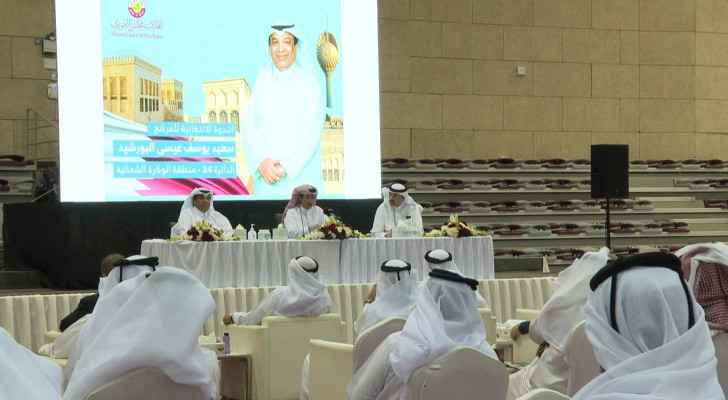 Wednesday, campaigning officially opened in Qatar ahead of its first legislative polls next month, as debate swirls about voter and candidate eligibility and online distortion.

The start of the two-week campaign coincided with the interior ministry's publication of the final candidate list, with 294 people seeking to contest the 30 seats in the Gulf state's shura council.

Of those, 284 candidates were approved by the authorities to run, including 28 women, the state-run Qatar News Agency reported, with no reason given for the removal of 10 names from the list.

The much-delayed polls will be held on Oct. 2, with only descendants of Qataris who were citizens in 1930 eligible to vote and stand, disqualifying members of families naturalized since then.

The issue has stirred fierce debate on social media.

Candidates will have to stand in constituencies linked to where their family or tribe was based in the 1930s, using data compiled by the then British-controlled authorities.

The council, to be made up of 30 elected members and 15 appointed by the emir, can propose legislation, sack ministers and approve the annual budget, but its decisions are subject to veto by the country's ruler.

There was no sign of campaigning underway in Doha on Wednesday with no election posters or material visible in the city centre and limited media coverage of the start of campaigning.

Under the law, political parties are banned as is "stirring up tribal or sectarian strife among citizens in any way."

The election law has sparked a torrent of fake news on social media with the Arabic hashtag #BoycottQatarElections trending on Twitter, despite initially being posted by only one account, indicating manipulation.

Officials fear the polls could be exploited by Qatar's neighbours Saudi Arabia and the United
Arab Emirates, which they say have objected to Doha breaking ranks and holding elections.

Removal of random stalls for sake of health and safety of ....

Removal of random stalls for sake of health and ....

Removal of random stalls for sake of health and ....

Removal of random stalls for sake of ....