Removal of random stalls for sake of health and safety of citizens: GAM

Removal of random stalls for sake of health and safety of citizens: GAM 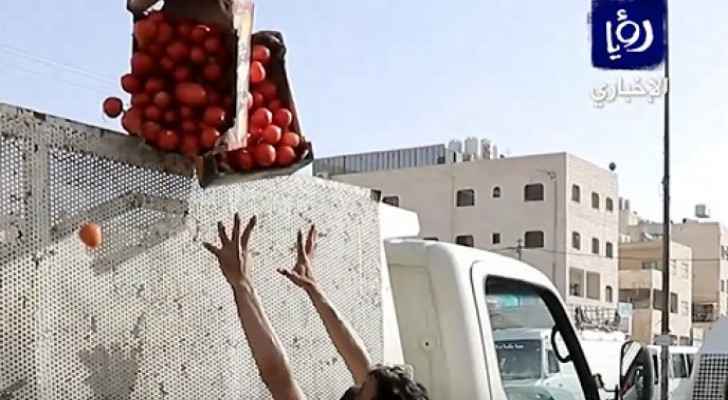 Wednesday, the Greater Amman Municipality (GAM), in cooperation with security services, carried out a campaign to remove random stalls in the regions of Marka, Jabal Al-Nasr, and Wadi Al-Rimam in the capital, Amman.

Following controversy on the methods used to get rid of the products sold on these stalls, social media activists expressed outrage at how cadres were throwing food onto trucks.

On the video, posted by Roya, Facebook user Delia Muhr commented, "Where is your heart???? In this time of pandemic and Ramadan! Vendors want to earn honest living. What now?"

Another user, identified as Farah Barakat wrote, "So they're just throwing away perfectly good food... In Ramadan?!? During a pandemic when people have lost livelihoods?!"

In turn, GAM confirmed Thursday that it rejects the methods that appeared in the video clip published by Roya, documenting the implementation of the campaign.

On Twitter, GAM stressed that investigations will be launched, stressing the necessary measures will be taken.

However, they pointed out that such stalls cause obstruction of traffic on streets and pedestrian paths, stressing that the removal of these stalls are for the benefit of both citizens and merchants.

GAM pointed out that it provides many free markets for these purposes in various regions of Amman.

Additionally, the Deputy Director of the City for Regions and Environment, Hussam Al-Najdawi, stated that GAM will continue applying the relevant laws and regulations when dealing with unlicensed random stalls.

Najdawi pointed out that the removal campaigns aim to preserve public health, as many of these random and unlicensed stalls deal with foodstuffs without health requirements, which pose health risks, especially in light of the warmer weather and the coronavirus pandemic.

After the spread of a video, Najdawi confirmed that employees involved will be dealt with, stressing that the removed foodstuff and materials will be handed over to charities to benefit from them.