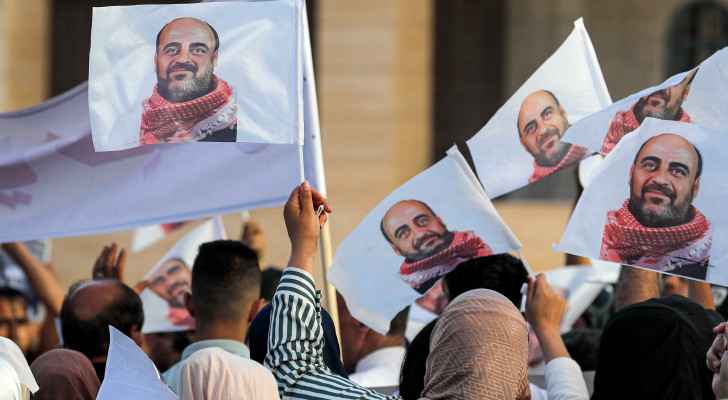 The accusation of "beating leading to death" was directed against all the officers and members of a security force who participated in the arrest of the Palestinian activist Nizar Banat and caused his death, according to Talal Dweikat, the spokesperson for the Palestinian security services.

Banat’s death which occurred on June 24, which was only an hour after his arrest in Hebron, West Bank, sparked a wave of protests in Palestine, especially in Ramallah, demanding justice for Banat.

His family accused the Palestinian Authority (PA) of “assassinating” their son.

An investigation was opened by the PA to look into his death with the Minister of Justice as the head of the investigation committee.

Banat’s death was declared “unnatural” after the investigation.

“It was decided to indict all the 14 officers and members of the force that participated in carrying out the mission of arresting Nizar Banat," stated the spokesperson, Dweikat.

The charge against them was “beating leading to death by association (...), abuse of authority and violating military instructions” in accordance with the Military Penal Code of 1979, said the spokesperson.

According to Dweikat, all the accused are “members of the Preventive Security Service in Hebron."

Nizar Banat was known for videos he posted on social media criticizing the Palestinian Authority, headed by Mahmoud Abbas, and accused the PA of corruption.

International bodies had called for the "accountability" of those involved in the arrest and cause of death.

Banat's family had previously confirmed that they were heading to the British judiciary and asked the United Nations to investigate his death.

Stock White law firm, confirmed that it “submitted a complaint to the London police on the basis of universal jurisdiction” to open an investigation into “several crimes” committed “against Nizar Banat and his family members who were with him at his home when the authorities arrested him."