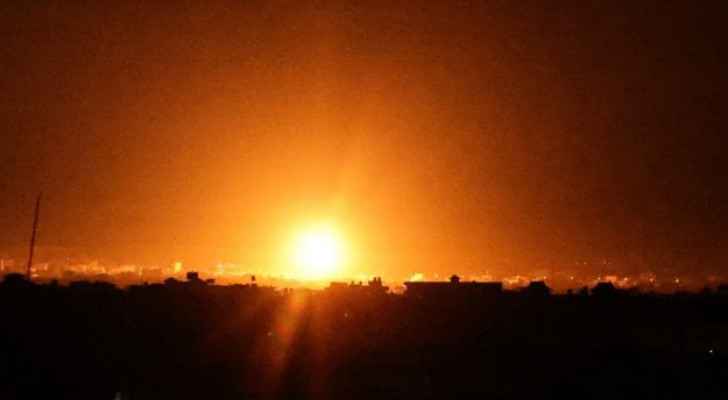 Additionally, a civil administration building east of Jabaliya in the north was also targeted, as was an agricultural field east of Khan Younis.

No casualties were reported.

“The resistance will be on the lookout in defence of our people, our people and our holy sites,” said Barhoum.

In turn, Hamas fired heavy machine guns towards the Israeli Occupation, which prompted sirens to sound.

The balloons are basic devices intended to set fire to agricultural land near the border with Gaza.

In a statement, the IOF said it will “continue to destroy Hamas’ military capabilities and structures and hold it responsible for what is happening in the Gaza Strip.”

Wednesday, Israeli Occupation planes bombed two Palestinian resistance sites in south Gaza and Khan Younis, allegedly also in response to the launching of incendiary balloons from the Gaza Strip, which led to 26 fires breaking out Tuesday.

At least 260 Palestinians, including 66 children, were killed during the 11-day bombardment of Gaza last month.

US official praises Jordan’s role in ....