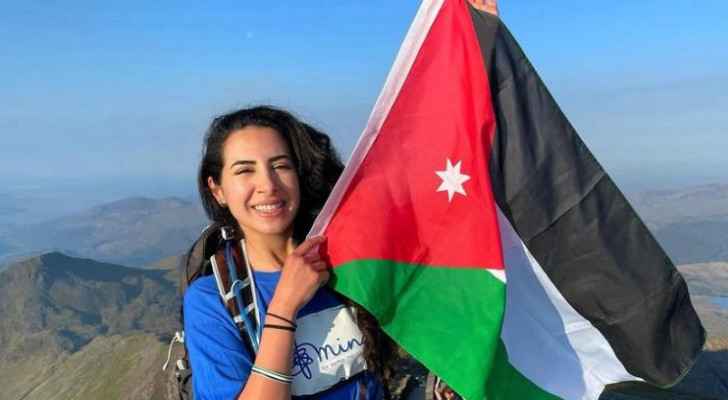 May 30, Aya Qadi, a young Jordanian woman, completed what is called the UK's National Three Peaks Challenge to help raise mental health awareness while tackling the stigma around it.

At each peak, Qadi raised the Jordanian flag.

"I'm very proud to raise the Jordanian flag at the highest peaks in Scotland, England and Wales for a brilliant cause, raising mental health awareness and tackling the stigma around it," Qadi said to Roya News English.

She continued, saying stigma is one of the "main barriers that prevents people with mental health issues from seeking help."

Her aim is to assist in combating the issue in the UK and Jordan, through outdoor activities where people can not only feel better physically but gain mental health benefits in the great outdoors.

Qadi completed the challenge in just shy of a day - 23 hours and 50 minutes.

On Instagram, citing mental health, Qadi noted the lessons learned throughout the process.

"We are capable of so much more than we know... Commit and proceed."

In her writing, she indicated that people should never hesitate to ask for help.

"A great support system is invaluable, be unapologetic in who you choose to be around."

Moreover, Qadi noted how the challenge made her focus on her own personal path.

"At the start my focus was on how fast others were ascending, I quickly struggled and stumbled trying to follow their path. It wasn't working for me."

She said for the first time in her life, she feared that she could not complete the challenge. But her friends quickly reminded her to focus on herself. "Take one step at a time and [do] not worry about what others were doing," she said, noting that this method worked.

Theodore Roosevelt once said "comparison is the thief of joy," and this echoed in Qadi's thoughts. She said that once she focused on herself and eliminated the unnecessary comparison, she "not only got further but started to enjoy the journey."

Gazan children 'are afraid of death' ....